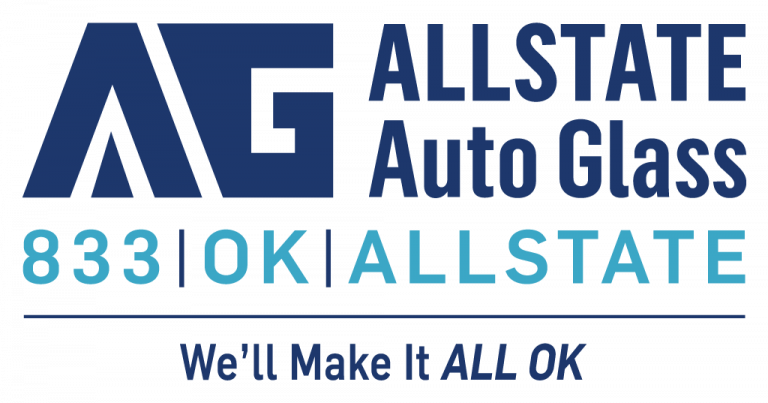 Windshield Repair and Replacement
at your Home, Office, or in our Shop.

When your windshield cracks unexpectedly, call Allstate Glass™ for the FASTEST Springfield windshield repair and replacement. Our auto glass technicians will come directly to your home or office with our free mobile service. Complete service usually takes less than an hour. Schedule us 24/7 by clicking the green button above to have your car’s glass fixed when you’re at work or home. All windshields and auto glass repairs are guaranteed for vehicle lease turn-backs and MA state inspections.

Don’t know how to start?  Confused on the process?

No Problem!  We get that a lot.  Give us a call and we’ll be happy to assist.  In most cases, you can contact us first and we’ll take care of all the Insurance hassle.  Don’t worry! We take almost all insurance. When we speak we’ll figure everything out very quickly so you can get back to more important things.

Step 1: Assess Damage
Don’t give up on your cracked or chipped windshield until we assess the damage. We tackle the tried-and-true break types better than anyone, but we really shine when coming up with creative solutions to complex cracks.

Step 2: Think Repair First, Then Replace
Most auto glass providers see no difference between repair and replacement. A job is a job for them. But we know unnecessary replacements mean your wallet and the environment pick up the slack.

Step 3: Make An Appointment
Nobody has time to worry about their windshield. You just want your car to be safe and ready to drive. That’s why we make it easy to find your local Allstate Glass provider and dispatch us to your location.

Schedule Your Appointment Below

1. How much does a windshield replacement cost?

At Allstate Auto Glass, we will give you an honest assessment of your windshield damage to let you know whether we should go ahead with a repair or should look at a replacement. Our technicians are highly trained, certified, and qualified in the industry and are always willing to give you a fair price quote for your replacement.

2. Do I have to use the auto glass shop that the insurance company tells me to use?

No, it is your choice where you have your vehicle repaired.

3. If I do not use the auto body shop recommended by the insurance company will my repairs be warrantied?

Yes, we warranty your auto glass repairs and refinish for as long as you own your vehicle.

4. Do I need three estimates?

No. According to Massachusetts State Law, your only obligation is to choose the shop of your choice, and inform the insurance company where the vehicle is going to be repaired.

5. When do I have to pay my deductible?

If you are required to pay a deductible, it will have to be paid to Allstate Glass when the vehicle is completed and ready to be picked up.

6. What form of payment do you accept?

7. Do you offer rental car assistance?

8. If going through insurance does the insurance company pay the windshield shop for the repairs?

9. Does my windshield need to be repaired or replaced?

When cracks in your windshield are smaller than a quarter, they can usually be repaired. Any crack larger than that will require a full windshield replacement. However, it’s worth noting that every chip is unique and if you feel unsure, it’s better to trust the repair vs. replace decision to a professional.

The typical replacement takes about an hour then the car needs to sit while the adhesive cures. Drive away times are 2 to 4 hours depending on ambient conditions.

11. What about windshield attachments?

We will transfer all windshield attachments including factory attachments and items such as EZ-PASS.

12. What if my insurance company won’t cover OEM glass?

We can still use the OEM glass for your car, however, you will be responsible for the difference in price between the OEM and approved aftermarket glass.

13. Do you provide a Guarantee?

We guarantee the workmanship on all glass replacements for the life of the vehicle. We guarantee repairs not to spread. If a repair were to fail and a crack spreads, we will deduct the price of the repair from the cost of the replacement glass.

If your windshield is damaged in any way, call Allstate Auto Glass today at (781) 331-3344 (headquarters) and one of our representatives will be more than happy to give you a price, answer your questions and schedule your service. Our glass professionals are highly trained and qualified to get your windshield fixed in a small amount of time, leaving you with the rest of your day at hand. In fact, if it is inconvenient for you to come to us, we will come to you.

Springfield is a city in the state of Massachusetts, United States, and the seat of Hampden County. Springfield sits on the eastern bank of the Connecticut River near its confluence with three rivers: the western Westfield River, the eastern Chicopee River, and the eastern Mill River. As of the 2010 Census, the city’s population was 153,060. As of 2019, the estimated population was 153,606, making it the third-largest city in Massachusetts, the fourth-most populous city in New England after Boston, Worcester, and Providence, and the 12th-most populous in the Northeastern United States. Metropolitan Springfield, as one of two metropolitan areas in Massachusetts (the other being Greater Boston), had a population of 692,942 as of 2010.

Founded in 1636 as the first Springfield in the New World, during the American Revolution, George Washington designated it as the site of the Springfield Armory for its central location, subsequently the site of Shays’ Rebellion. The city would also play a pivotal role in the Civil War, as a stop on the Underground Railroad and home of abolitionist John Brown, widely known for his raid on Harpers Ferry, and for the Armory’s manufacture of the famed “Springfield rifles” used ubiquitously by Union troops. Closing during the Johnson administration, today the national park site features the largest collection of historic American firearms in the world. Today the city is the largest in western New England, and the urban, economic, and media capital of Massachusetts’ section of the Connecticut River Valley, colloquially known as the Pioneer Valley.
Springfield has several nicknames—”The City of Firsts”, due to the many innovations developed there, such as the first American dictionary, the first American gas-powered automobile, and the first machining lathe for interchangeable parts; “The City of Homes”, due to its Victorian residential architecture; and “Hoop City”, as basketball—one of the world’s most popular sports—was invented in Springfield in 1891 by James Naismith.

Hartford, the capital of Connecticut, lies 24 miles (39 km) south of Springfield, on the western bank of the Connecticut River. The Hartford–Springfield region is known as the Knowledge Corridor because it hosts over 160,000 university students and over 32 universities and liberal arts colleges—the second-highest concentration of higher-learning institutions in the United States. The city of Springfield itself is home to Springfield College, Western New England University, American International College, and Springfield Technical Community College, among other higher educational institutions.

Your safety is important. Schedule your appointment today!

If your windshield’s damaged, we’ll make it ALL OK! Right to your car, wherever you are.